Understanding Phases of the Gait Cycle 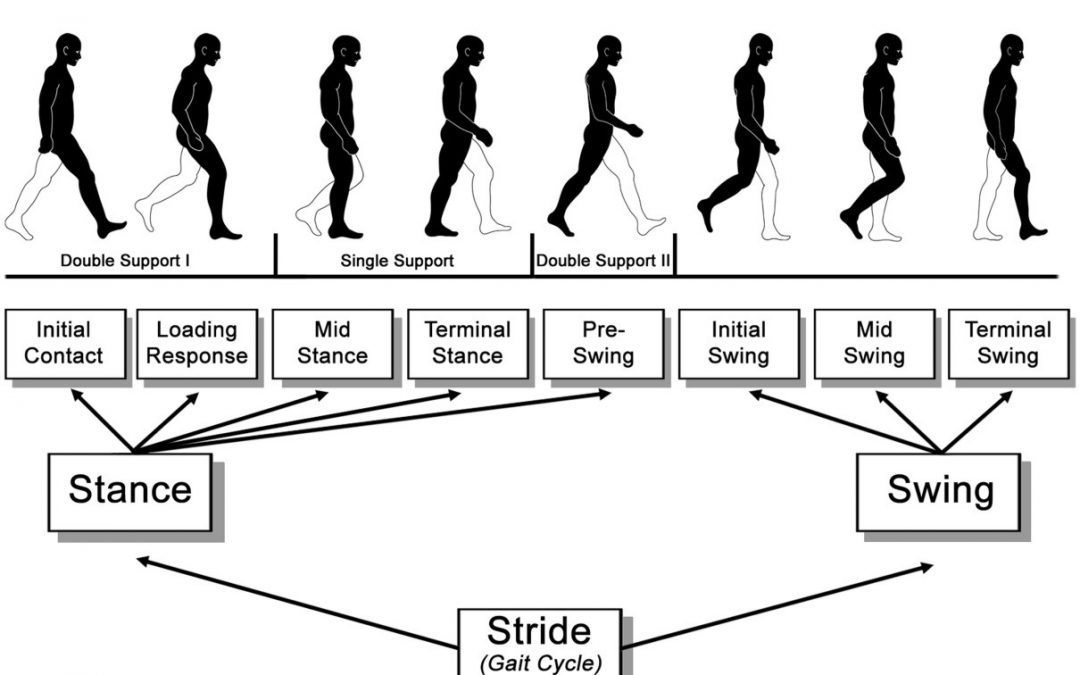 Gait analysis is the study of human locomotion. In order to analyze and quantify how someone walks, it is necessary to isolate the shortest, unique, repeatable task during gait. This task is called the gait cycle. A single gait cycle can be measured from any gait event to the same subsequent event on the same foot, but the conventional tacit model considers gait cycle is measured from one foot strike to the subsequent foot strike of the same foot.

Quantifying aspects of the gait cycle, such as time and spatial measures, allow for analysis of gait symmetry, variability and quality.

The gait cycle can be broken down into two primary phases, the stance and swing phases, which alternate for each lower limb.

The observation of both the spatial and temporal characteristics of the two lower limbs makes it possible to introduce complementary phases. When both members are simultaneously in the stance phase, we speak of bipedal support or double support (2 times 10%); when only one is in the support phase, one speaks of unipedal support or single support (40%), the second then being in oscillating phase.

The most accurate approach is based on the functional interpretation of events and identifies eight phases that capture three tasks related to walking. We then distinguish (Perry & Burnfield, 2010):

The objectives of weight acceptance are to stabilize the limb, absorb shock and preserve the progression of the body. This phase can be broken down further into initial contact and loading response. Initial contact consists of the first 3% of the gait cycle. In typical gait, the heel strikes the ground and initiates the rotation over the heel to foot flat to preserve progression. This motion is the first rocker of the gait cycle. Loading response goes from 3-12% of the gait cycle. In this portion, the knee flexes slightly in order to absorb shock as the foot falls flat on the ground, stabilizing in advance of single limb support.

Single limb support involves progression of the body over the foot and weight-bearing stability. The first sub-phase of single limb support is midstance, which is seen during the 12-31% of the gait cycle. During midstance, the shank rotates forward over the supporting foot, creating the second rocker motion of the cycle. This maintains the forward progression of gait. The second stage of single support is terminal stance which goes from 31-50% of the gait cycle. During terminal stance, the center of mass advances out in front of the supporting foot. The heel raises of the ground as you roll onto the ball of the foot, creating the third rocker motion of the cycle.

The objectives of the swing phase of gait

The swing phase can be broken down into 4 sub-phases.

Figure 1. Breakdown of the gait cycle into phases based on the work of Perry and Burnfield (2010) 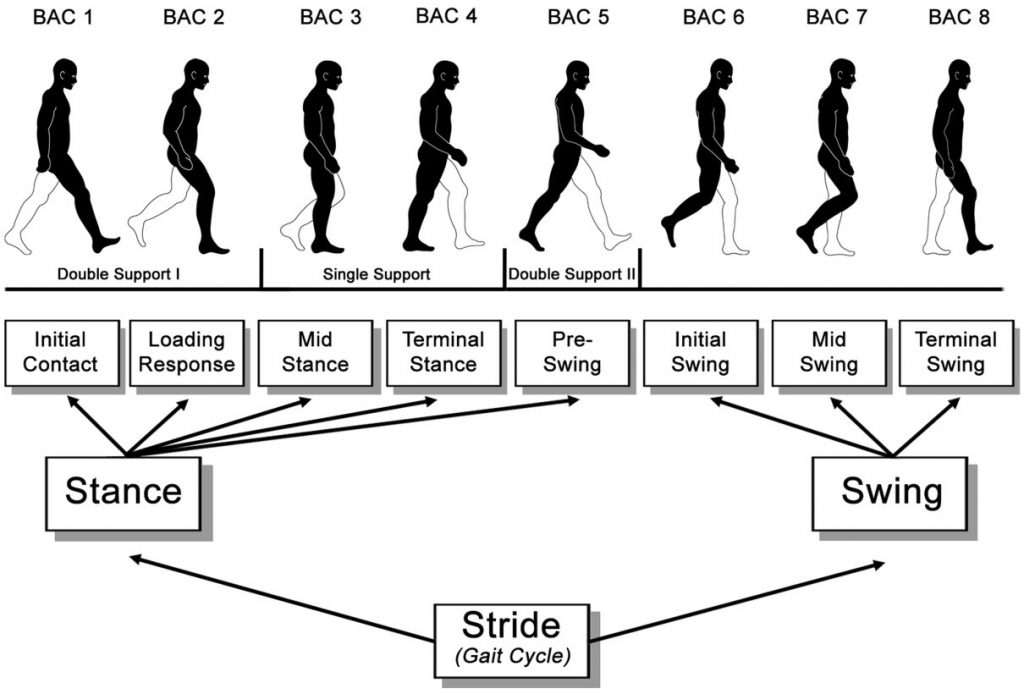