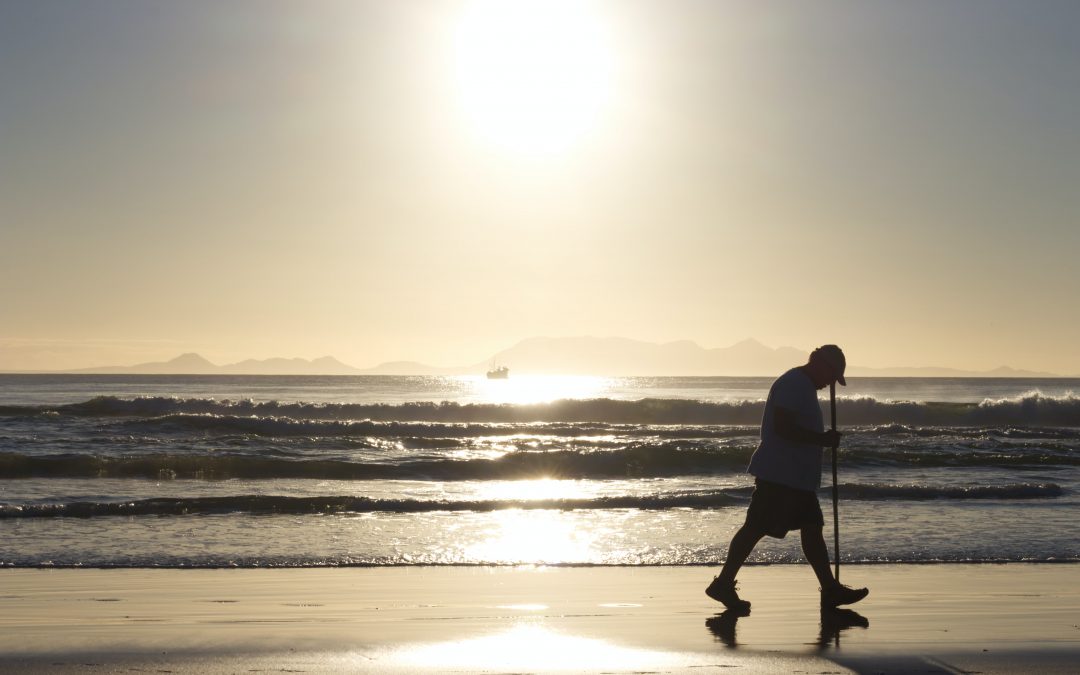 A stroke occurs when an area of the brain does not receive adequate oxygen and nutrients due to a lack of blood supply, either by obstruction (ischemic stroke, about 80%) or rupture of a vessel (hemorrhagic stroke, about 20%). Brain cells begin to die as quickly as minutes without proper blood supply. Almost two-thirds of patients have sequelae from stroke. These consequences vary depending on the location and extent of the lesion and may consist in motor and sensory disorders, deficiencies in language, perception and/or cognition. Impaired motor function often results in hemiplegia or hemiparesis on the contralateral side of the brain stroke location. Neuronal damage causes impairment in postural control and the achievement of reflex or voluntary movements. If the resumption of walking is carried out in eight out of ten cases, 70% of the persons retain a motor deficit at the end of their rehabilitation, with a loss of autonomy for 50 to 70% of them. Gait and balance disorders are a major goal of rehabilitation because they are a significant handicap, responsible for many falls, with sometimes dramatic consequences, and multiple protocols focus on improving static and dynamic balance after stroke.

How does a hemiplegic stroke affect gait?

Hemiplegia is a paralysis found on only one side of the body and is typically categorized as right or left side hemiplegia. Paralysis, weakness and spasticity on one side of the body lead to decreased motor control and altered range of motion at the joints. This has a major effect on a person’s ability to ambulate properly. At foot contact proper heel strike is often lost due to decreased strength of control of the anterior tibialis or spasticity of the calf muscles. The lack of ability to dorsiflex properly is often referred to as foot drop. At initial contact, foot drop can lead to a foot slap or toe-heel gait pattern. During initial loading, knee hyperextension is common due to lack of control of the quadriceps muscles. At mid-stance overall muscle weakness can lead to increased knee and hip flexion. Alternatively, lack of strength of calf muscles can lead to inappropriate heel rise timing, leading to knee hyperextension. In pre-swing phase the lack of knee flexion and ankle plantar-flexion can cause inefficiencies in the push off. Overall lack of strength and control lead to inefficiencies in the maintaining momentum through the 2nd and 3rd rocker phases.  In early and mid-swing phases the lack of knee flexion and ankle dorsiflexion creates difficulties with foot clearance. In late swing, limited knee flexion and ankle dorsiflexion do not allow the foot to be properly positioned for appropriate foot contact.

What compensatory patterns are used?

Compensatory gait patterns are developed to walk with the paralysis, weakness and spasticity caused by a hemiplegic stroke. The loss or decreased ability to flex the knee and hip and dorsiflex the ankle lead to issues with foot clearance on the affected side. A common compensatory pattern to gain foot clearance is circumduction. In circumduction, the hip is abducted as the foot is being progressed forwards, moving the foot laterally to create a semi-circle path of the foot in the medial/lateral plane. Often times hip hiking is used along with circumduction to maximize foot clearance. In hip hiking, the pelvis is elevated on the affected side during swing, creating a larger pelvic rotation in the coronal plane.

Loss of strength in the affected side creates issues with stability in stance on that side. The main compensatory pattern used to minimize the effect of instability during stance is to decrease the unilateral support time on the affected side.

How to quantify hemiplegic gait?

While changes in hemiplegic gait can be observed, quantifying these changes is important to gain understanding of the gait deviations caused by the stroke. Patients with hemiplegic gait following stroke typically walk with a decreased speed, decreased and asymmetrical step length, decreased stance and single support times on the affected side, changes in joint kinematics, and overall asymmetry in many of the measurable metrics. Quantifying these metrics can allow help gain insights into what interventions can be used to improve gait quality, limit potential joint damage, and limit fall risk.

Gait mat technology, such as the Zeno Walkway System, is common used to quantify temporal spatial metrics, such as gait speed, step length, and stance time. Investigation of the center of pressure during stance and single support is also useful to assess the reliance on the non-affected limb. If more in-depth information is required, 3-dimensional camera-based systems can be used to quantify joint kinematics and dynamics throughout the gait cycle. These well-established gait parameters can be used to compare with normative data to see the degree of impairment, tracked over time to quantify treatment results, and compared between walking conditions to find optimized walking conditions, such as with or without an assistive device or brace.

How can a hemiplegic stroke be treated to improve gait?

Following a hemiplegic stroke, patients require treatment in order to improve their gait quality towards pre-stroke quality. Bracing and assistive devices are often used to manage the loss of strength and range of motion. An ankle-foot orthotic (AFO) can be used to prevent excessive plantar flexion of the foot and promote improved foot contact. Walkers and canes can be used, allowing the upper body strength to assist with stance stability. In cases of spasticity, Botulinum toxin injections into the spastic muscles can be considered.  Functional electrical stimulation (FES) can be used in attempt to promote appropriate muscle activation.

Physical therapy is common to improve overall function. Gait training and robot-assisted training can lead to improvements in some deficiencies that cause the gait deviations. As overall function post-stroke improves, adjustments can be made to assistive devices and bracing, until ideally they are no longer needed.